For decades, a giant tree stood at the end of Grant Road in Goulais River.

Located on the property of area real estate agent Dale Godfrey, the tree was a regional landmark.

Because of the nature in which the tree grew – across, rather than up – it was ideal for climbing.

Four generations of children and families enjoyed the crooked tree, Godfrey told SooToday, and many residents would have family and wedding portraits done with it as their backdrop.

That is until last week when it was cut down and left in chunks on Godfrey’s property, apparently as part of Algoma Power’s effort to clear encroaching vegetation from utility lines in the Goulais River area.

Many residents of Grant Road tell Godfrey clearing that particular tree was completely needless as it grew nowhere near utility lines, Godfrey said. 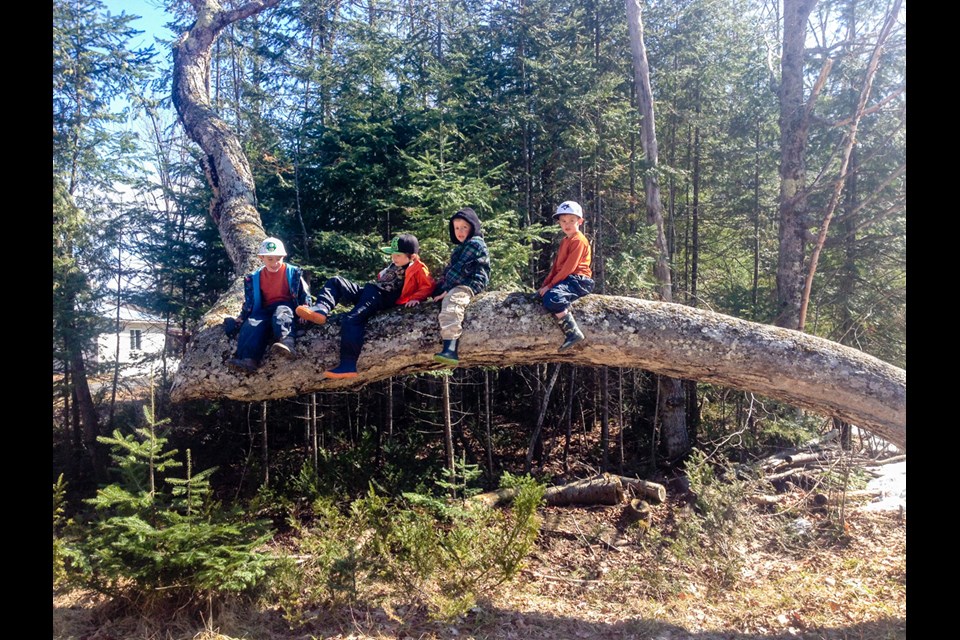 And it’s reportedly not the only cleared tree in question.

“We’re devastated,” she said. “They’re destroying what Goulais is.”

Godfrey lodged complaints with both Wilderness Environmental Services, the contractor that did the job, and Algoma Power, and was told the incident will be investigated.

Peggy Lund, customer service regional manager for Algoma Power, said contractors hired for utility line clearing are not given carte blanche and their work is monitored by representatives from the power company.

Lund also confirmed that an investigation into the circumstances that lead to the tree’s removal is underway.

“It’s too late. They can’t put it back,” Godfrey said.

“I don’t want to hurt anyone, but I want to prevent something like this from happening to someone else,” she explained.